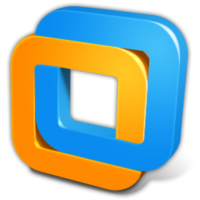 Fair enough, you found out that Veeam is really expensive.I wouldn’t reach any other conclusion by looking at their price lists either. So what’s the solution? It’s no secret that Veeam has been pushing for higher and higher profits over the years. Rumors are that they are trying to get bought out, so they want to have ‘pretty sales numbers’. Either way, the transition from perpetual licenses to software-as-a-service ‘rentals’ are a typical attempt of the apparently Russian company to raise profit margins….and drain your pockets every year unnecessarily.

I don’t know about you, but since we’re witnessing a war against democracy I don’t think you have to pump your hard-earned money (or company budget) into a Russian company and thereby indirectly support a dictator, who might sooner rather than later threaten our country directly as well.

BackupChain is a great alternative to Veeam because it offers you a perpetual licensed backup solution, 100% Made in USA. And the actual license cost is usually far less than what you would spend on Veeam in a year. A great advantage of BackupChain is that you can use any type of storage you want and it uses open standard formats to store your backups, wherever possible. Many SaaS tools do the opposite: they create proprietary backup formats so that you need to keep paying for the software, just to have access to your own backups!