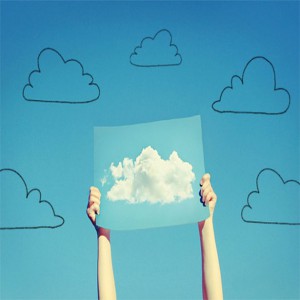 Is the Cloud More Expensive? A Simple Question that’s Difficult to Answer, Sometimes

Well, obviously it depends on the circumstances. Is it cheaper to rent a small studio apartment for a year when you are a student going abroad for a short-term study? Would you buy a condo in those circumstances? That would be economically unwise, wouldn’t it? Here it’s best to rent.
The other extreme is the following. You married and have children. Your job is relatively secure, you have good income, you live in a city with all your family and friends nearby. The city is nice and there are many job opportunities and it’s an exciting, safe, and clean place to live. In other words, for the foreseeable future, there is no reason why you would ever think you would want to move away from that place. Wouldn’t it make perfect sense to buy a house? It absolutely would. Conversely stated, it would be economically unwise to rent.
Now let’s return to technology. It’s not a secret that Amazon makes most of its profits with cloud services, and not with mailing retail packages. And the reason for that should be very obvious: the profit margins are astronomical. They are literally ripping you off. And yet, especially big companies go for it and see savings. How can this be?

From our example above we can now see how it may be advantageous for a company to pay for cloud services, even though they are clearly a rip off, and still safe some money. First, the ‘rental’ of cloud services, in some areas is tax free. When you buy equipment you need to depreciate it over many years. Second, if the equipment is only needed for a short-term, that’s when you really benefit the most from the cloud. It wouldn’t make sense to buy expensive equipment and then barely use it. Third, if you needed a very small but very reliable service, the overhead would be too large to maintain it yourself.

Let’s say you are a retiree and want to spend three months in Florida. You live alone so all you need is a tiny studio condo somewhere by the beach. Now imagine if you owned a house, what your life would look like. Even though you only live there 90 days a year, you will need to maintain the roof, cut the grass, fix things that tend to break, run the air conditioner for nine months unnecessarily, spray termite sprays, etc. You get the idea. It would be such a waste and an enormous overhead cost. It’s economically a much smarter choice, hence, to buy a condo in a large building, where the maintenance is included and performed by local staff. Then you could even rent out the studio when you are not there and recoup some of the condo’s maintenance costs, such as property taxes.

An Excellent Use Case for the Cloud, Where the Cloud is Cheaper

So another excellent use case for the cloud is to host a tiny server for a small website. Here you get all the benefits with minimal cost. The server runs 24/7, you don’t have to worry about power interruptions, hardware failures, internet outages, etc. The cloud company takes care of that. But you still need a server backup, don’t forget, because the cloud provider doesn’t really back up your server data! And you only have to pay a small fee a month, compared to having to host your own server on the internet, pay for power and internet connection, and keep the place secure and air conditioned. It would obviously not worth it.

Is the Cloud Cheaper or More Expensive? The Crucial Difference Is the Future

But let’s not forget the future outlook of the situation. Let’s use the two examples from above. Let’s assume that in the foreseeable future you plan to expand your website into a major international service on the internet, like a social media site with a huge database of 1,000 TB. Suddenly you need to expand and add many servers. At some point you will be better off hosting all of it yourself because the cloud company’s costs will rise exponentially.
Similarly, let’s assume our retiree discovered a medicine that changes his physical performance ability. Suddenly he gets married to a 25-year old and gets her pregnant with twins. Now the studio won’t be enough. Now, all over sudden, having a house in Florida instead of a condo makes perfect economic sense.
The question whether the cloud is more expensive than on premise relates very much to renting or owning a house. It matters a lot whether your needs will change in the future. When you buy equipment, compared to renting it in the cloud, at some point there is a break-even, where you have recovered the money you would have spent in the cloud. Depending on the actual numbers, it may or may not make sense to own and operate rather than to lease.
Small ‘rentals’ like a virtual private server, basically a virtual server in the cloud, make a lot of sense because you benefit from the infrastructure at a very low cost. But large infrastructure in the cloud would only make sense in the short-term or if maintaining the necessary infrastructure on premises would outweigh the cost benefit.

A typical use-case for the cloud is to function as a remote repository for backups. The idea is, if the office burns down, the backups would go with it; hence, you need to store your backups elsewhere. You really need remote backup in this scenario. Remote backup uses a subset of the cloud infrastructure. For example, you don’t really need 24/7 availability and 99.99999% uptime. You could even tolerate hours and days without availability in the worst case scenario. In our company, we recommend customers to look into this type of setup, who would clearly benefit from it.

Especially if you have a lot of data to protect, a private remote backup setup can be a superior option to cloud backup. For example, a factory owner maintains a complex database in his factory that totals over 100 TB. Renting this kind of storage from a cloud provider would cost a lot of money and potentially expose his trade secrets (let’s assume he doesn’t quite trust encryption). By hosting backups in his second office, far away, using a remote backup solution, he is now in full control of the security of the entire setup but also the costs involved. Both sites already pay for internet, power, and air conditioning and some form of physical building security. Hence, there is little overhead cost of maintaining such a remote backup system. He can now easily expand his system to many dozens of terabytes at very little incremental cost. Choosing this system is economically a no-brainer because it’s made technically simple using specialized remote backup software. In addition, if his factory data requires to be rebuilt, he can ship the data directly from his second office in a matter of hours.

And do I need to remind all the nerds out there of this famous: “Never underestimate the bandwidth of a station wagon full of tapes hurtling down the highway”