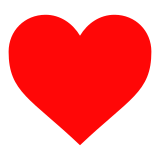 PVCs, Premature Ventricular Contractions, extrasystoles, ectopic heart beats, are all somewhat similar arrhythmias of the heart. In my case, the pattern is almost always the following: the heart beats normal, then a short pause occurs, and the next beat is a really strong one. Usually I feel the strong beat as if it’s beating against my chest, quite hard. At other times, the extra beat can only be felt if I feel the pulse directly.
I’m sure if you found this article through web search, you already know exactly how these PVCs feel, but how do we fix them?

My Story of PVCs and Extrasystoles

I first had these extra heart beats in my teenage years, once I started drinking too much coffee. At times of stress and in combination with too much caffeine and/or alcohol, these PVCs become more likely to occur. Physicians were completely clueless as to why these PVCs were happening. All I got from them was “it’s not dangerous”. Well, it wasn’t dangerous but it greatly affected my ability to sleep and concentrate. Not because of anxiety but because the ectopic beat was quite strong and distracting.

In the year 2000 I had an episode that lasted over 48 hours. This was way longer than ever before and it obviously concerned me. By then, however, the internet had developed quite a bit and I found an article that described how Magnesium is crucial for a normal heart rhythm. So I ran to the pharmacy and bought 400mg magnesium oxide pills. Within 20 minutes or so, the episode stopped. Since then I always take magnesium daily. If I run out of magnesium and don’t take it for a few weeks, the arrhythmias come back.

All that was good until twenty years later. I tried a new, expensive Californian olive oil. It was a big mistake. Within minutes of eating, I got a really bad PVC episode with very frequent extra beats, around every 6th beat or so. I didn’t panic, because I had them a million times before but it was very concerning that they occurred so often. I took extra magnesium, vitamin C and the pulse almost normalized until a few hours later. When I ate again, I used the same oil on a steak (have you ever tried olive oil on a steak? It tastes phenomenal) and the PVCs took off again with full force. This had never happened before. The episode latest a whopping 20 days! Nothing seamed to be able to stop them anymore.

Magnesium Was Usually Enough But This Time It Wasn’t

Now magnesium wasn’t enough, obviously. I researched for a while and found that potassium is also crucial for a regular heart beat. The best sources are potatoes at about 2,500 mg per kilogram of potatoes or coconut water, about 2,000 mg potassium per liter. I prefer pure coconut water because 1 liter only contains 180 calories.

Hence, keeping potassium high is very important and you need to know that stress, salt, coffee, and alcohol reduce magnesium and potassium. That’s why some doctors will tell you that stress is the cause but it is not the only one. The real cause is that the several critical minerals are out of balance.

But there was more to the story. Potassium, magnesium, and vitamin C all helped reduce the frequency of the extra beats but this particular and extreme episode did not stop entirely. One day I was reading about the heart in a book and there was a small paragraph devoted to taurine. Unfortunately the book didn’t talk about taurine and PVCs or arrhythmias but I remembered I had bought some capsules from the Vitamin Shoppe a while back and never used them. So I took one pill containing 500mg taurine + 10mg B6 but didn’t expect much. I just took the capsule because the book praised taurine being so good for the heart, blood pressure, etc. I had no expectation it would do anything about my PVCs but within 15 minutes the PVCs stopped for good.

Iron and Vitamin B

Apart from minerals, PVCs may also come from lacking iron. Iron is the most common nutritional deficiency. If you are on a keto diet, menstruate, or avoid wheat and rice, as I do, you may not get enough iron. In some countries, including the U.S., wheat flour and rice are ‘fortified’ with iron and some B vitamins. This ensures that you get enough iron if you eat a lot of refined carbs, which most people do. But when you cut these out of your diet, you may find that meat doesn’t really offer enough iron, depending on how well you absorb it.

For me a strong multivitamin is a must. I aim for 10 to 18mg iron per day from the multivitamin. I found kids’ multivitamins are a good and effective choice if they provide the full  RDA amounts.  For B12 I occasionally take 1,000 mcg sublingual tablets that dissolve quickly.

How to Stop PVCs Within Minutes

My complete “recipe” to stop PVCs is as follows:

I don’t think any other food can top it, while being a relatively low calorie food. Another excellent food for reducing PVCs is calf liver, chicken liver, or any animal liver. They contain high levels of iron, vitamin B and especially B12. In addition, livers are the best source of vitamin A.

Sun-dried tomatoes and livers have many things in common. They are very nutrient dense, low calorie foods and also cheap. I just bought 2.26 kg (5 pounds) of sun-dried tomatoes at the Restaurant Depot for just $9.99. Livers are also priced very reasonable compared to other cuts of meat, I guess because not many people like them, what a shame.

I don’t have the references handy but a simple search on PubMed will bring up countless studies to support the above ‘prescription’.  I now believe that all four components are necessary for a stable heart beat. Most of the time I used to be magnesium deficient and taking Mg alone was sufficient. However, later I must have developed a taurine deficiency as well because I became a little sensitive to salt and caffeine. Taking taurine for a few months fixed the salt sensitivity and I can drink several cups of coffee again without issues. You will find in PubMed dozens of articles describing how taurine affects the heart rhythm and cures arrhythmias, even atrial fibrillation.

Taurine, the Stuff Your Doctor Probably Never Heard Of

I spoke to several physicians about taurine. They didn’t know what it was. Some heard of taurine because it’s an ingredient in Red Bull and other energy drinks. But why is it in Red Bull and did you know that Red Bull is now over 30 years old? Apparently the makers of Red Bull knew even back then, when they first started, about the calming and heart rhythm stabilizing effects of taurine. The makers of Red Bull are very well aware of taurine’s ability to suppress and prevent heart arrhythmias, including those triggered by too much caffeine.  Think about it, they knew better than the average doctor, even 30 years ago. How can this be, I thought? Well as always I guess it’s about money, it’s about selling many energy drinks to as many people as possible and making them drink as many as cans possible per day without regretting it. Hence, taurine is added to energy drinks simply to avoid the bad effects of caffeine, so you can drink incredible amounts of caffeine with a lower risk of getting side effects.

And this shows how ‘twisted’ capitalism can be, doesn’t it? The ones who you consult about your heart rhythm (the doctors, for money) haven’t heard about taurine, and apparently no interest to look things up on PubMed to help you, and the ones who make the energy drinks figured it all out long time ago. Amazing isn’t it? Even more bizarre, you could have arrhythmia and possibly drink an energy drink to stop it! I don’t recommend it but it’s technically possible since many energy drinks contain 1g of taurine per can. Fact is, 500 mg taurine is enough for me to do the trick.

Anyways, in various forums online you will also find people reporting their experience with the above minerals and supplements.

This one took me months to pinpoint and it may be the key to figuring out if your PVCs are caused by electrolyte imbalances. If you find that even decaffeinated tea, coffee, or alcohol-free beer makes your PVCs worse, it may be a critical clue. Drinking or cooking with distilled or reverse osmosis treated water may also be a trigger over the long-term. Anything that ‘flushes out’ minerals from the body can cause PVCs to emerge or get worse, especially when the electrolytes are ‘on the edge’, i.e. almost at OK levels but not quite.

Online there is a lot of debate whether reverse osmosis treatment is healthy or not. You will notice, a lot of the defenders have some financial interest in these systems, either direct or indirect. I am now 100% convinced that reverse osmosis water does indeed remove critical electrolytes from the body and is therefore unhealthy. For quite some time I thought it was the coffee or the tea that was the issue, specifically the caffeine they contain. But after switching from reverse osmosis water to bottled mineral water, the PVCs no longer returned.

You may want to have a look at this ‘innocent looking’ article for further evidence: Health Risks of Reverse Osmosis Water for our pets.

Quote: “At the Cat and Bird Clinic we can detect if a family is giving their bird reverse osmosis water because the bird develops a heart murmur and arrhythmia.  With mineral and electrolyte supplementation we can often reverse the heart changes in a few months.” I found that consuming organ meats and lots of shellfish, along with strong iron, magnesium, taurine, vitamin B and B12 supplements, helped in my case to regain balance and completely stop PVCs from reoccurring. However, the process takes some time, perhaps two weeks, so I wouldn’t expect miraculous results overnight.

Below is a very helpful video made by the cardiologist Sunjay Gupta, who has published a lot of very helpful videos on the subject. The video is excellent but he only mentions Mg in his video. We need to remind ourselves that one of the main problems with doctors is simply that they don’t have the problem themselves and hence they aren’t as curious to find the real cure for it 🙂