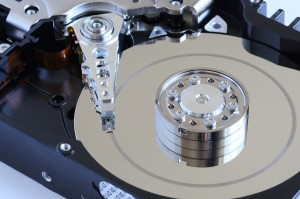 Many times we hear the question “is RAID good for backup?” Well,  if you ask this question, you have probably not lived through many data loss disasters. But no worries, we are all learning something new every day. The simple answer is this. Consider that almost all servers out there use RAID arrays, for pretty much everything, the operating system disk as well as the data disks.

Since everyone uses RAID on servers and if RAID were indeed a backup, then who would need a backup disk, backup software, backup storage, etc.? No one. RAID is simply a continuous copy of one disk to another, in the case of a mirror RAID. In the case of a stripe RAID, there is no copy. The two disks are combined into a single storage.

In the case of the mirror RAID, the only protection you get is that of a single drive failure. However, there are probably over a million ways you could lose data and RAID only covers one of them. Also consider, that both drives came from the same factory, probably were produced the same day on the same machines. They were installed in the same server, exposed to the same stresses, all day and night. Both disks did the same thing and came from the same place. It’s not too far fetched to believe that they will also die very soon one after the other, if not simultaneously. When your right brake light burns out, the left one follows soon afterward. So the benefit of being able to recover from a single broken drive is a very small one.

In addition, many experienced IT administrators will immediately agree, lots of RAID controllers aren’t so good at detecting all different kinds of drive failures, especially if the drive is still in the process of failing. The two mirror drives could become out of sync for some time before it’s actually detected.

The benefit of RAID as a backup is hence near zero, once you consider all the possible disaster scenarios. You should actually invest in a good RAID backup solution instead of relying on the RAID being the backup. Now that we covered why RAID is almost useless as a backup, let’s cover the actual benefits of using a good backup solution.

Benefits of a Backup Solution

A good backup system consists of the three B: backup storage, backup software, backup strategy. Without the strategy, everything else is almost pointless. Above all you will want to make sure the business is protected against all risks that are reasonably to be expected. For example, if your business is located in the U.S., you will definitely want to have a plan that covers losses caused by fire, storms, tornadoes, hurricanes, and earthquakes. Other potential risks of data loss include theft, vandalism, accidental deletion, data corruption, OS failure, ransomware and malware, cyber-attacks, electric interference, and a lot more.

Backup storage needs to be planned accurately so that you have enough room to grow over the next few years and so that enough of a backup history is available to go back in time for many months and years if necessary. These details obviously depend on the nature of the business you are dealing with. Backup storage should ideally include offsite or cloud storage backup, because many of the previously mentioned risks cannot be covered otherwise in an automated fashion.

The backup software solution is what ties the entire system together and makes sure that all pieces of data are backed up properly and to many different storage sites or devices. As SSDs become more and more liable, the question of whether you use RAID or not will soon not matter much. What matters is: do you have a system in place that protects all key business data, so that the business can recover quickly from all kinds of disasters?